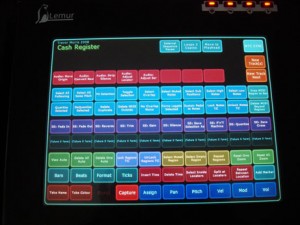 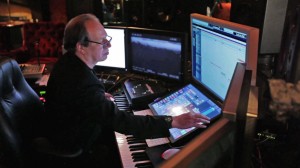 I´ve seen this post on the web and I couldn´t resist to post in our blog. Take a look to both trailer videos of one of the masterpiece of scifi of all times, maybe the first one of a popular genre: 2001, A Space Odyssey. This film helped to make the scifi a serious genre for critics and public.

This video is the trailer which was used to promote the film of Stanley Kubrick, accompanied with the legendary piece of R. Strauss “Also sprach Zarathustra” which will be connected to the iconic image of the monolith in our collective consciousness forever. A perfect use of classical music for an unexpected genre.

Take a look to the second video made by a Youtube user. The same trailer but differente music. This time is action piece by Jack Trammell, a talented composer and producer specialised in writing adrenaline pieces for action movies and video games. A new approach, more visual, more impacting, close to the contemporary mindset of our converged days where everything must be quick, stunning and brilliant.

Both pieces are great pieces. But listening to Trammell´s track (and other thousands more of almost identical production), I wonder myself: Do we have any bit of originality yet? Tramell as million of  us who write digital music, are using the same banks, the same VST, the same virtual instruments and…we are getting a sound exactly impossible to stand out one from others. It seems as we are calling to write an apocalyptic eternal video game soundtrack or epic pieces for imaginary worlds full of flying dragons.

What is more, every time that a new VST (Virtual Studio Technology) is released we are bored of listening to the same skin and metals that all Native Instrument´s developers program for our joy. If you are familiar with this, I´m sure you have Spitfire´s Hans Zimmer Percussion or Heavyocity´s Damage in your HD. 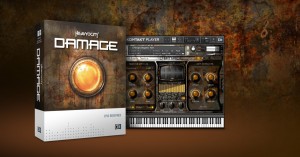 Are we innovating anything new? Aren´t we sound exactly the same? What makes a great composer is his ability to break the rules and go beyond. Sometimes I wonder why I collect so many libraries… At the end, we are sounding exactly the same.

Four Hands Project, in colaboration with Future Short Festival, made an interesting presentation in the Future Short Summer edition in the city of Segovia (Spain) in the last september. Apart from a small concert which we played (twenty minutes of energetic, eclectic and electronic music made by our synths and electric guitars), we talked about the soundtrack music in the world of the films and how the composers create their ideas to fit music with images. Also we talked about our experience as composers of soundtrack music, giving example of some of our recent works.

An unexpected experience which we would love to do once again in a near future. Four Hands Project not only write music but we play it live now… More information in Histericas Grabaciones blog.

Have you ever heard the nonsense that is the best soundtrack that can be heard? This claim has been maintained through the years by high-brow critics who have concrete blocks instead of ears. As a composer of soundtracks, I can only say that music is everything in an audiovisual work. Only then the flow of history that every director wants to convey is understood. Like so many things in artistic creation, a script has its valleys and plains. The music takes care to emphasize that time. What’s more, too many moments that may seem ridiculous in so many movies in a context outside the story, they are magnified by its powerful soundtrack creating characteristic and easily identifiable melody.

What would many energizing speeches before battle if they are not accompanied by their epic tune? What would be the speech “Sons of Scotland” William Wallace in Braveheart if instead of being accompanied by effective soundtrack James Horner would have been the tune of my iphone?

Each image has its sound and the greatness of the film composer is to bring his personality to acquire a dimension that goes beyond mere accompaniment. You can give life to the image many times, without saying a single word says it all.

Four Hands Project is still writing music to expand his creativity. “Steel Fist” is one of our most powerful theme which we have written so far. A mixture of prog rock, folk, electronic, ethnic bits and our tipical soundtrack sound that we love to play. We hope you enjoy it as much as we have enjoyed producing and mixing it.

For the First Majos Awards Gala (Segovia, Spain) organized by Hystericas Recordings and the newspaper El Adelantado de Segovia, Four Hands Project composed and performed the soundtrack for the event. Our theme composed for the occasion, “Gente Maja” sounded like tuning background for an interesting gala where the winners of the “Hystericas Recordings Volume Two” were awarded, as well as distinguished segovianos musicians long career as soprano Maria Ruiz and Cuco Pérez. The proceeds of this event was destined to the Food Bank of Segovia.